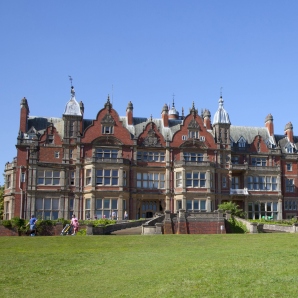 The future of independent school Bearwood College has been secured after a dispute over its lease.

Bosses at the school have now successfully bought the Victorian building in Bearwood Road from the Royal Merchant Navy School Foundation.

Stephen Aiano, headmaster of the school in Sindlesham, said: “The senior management team and the whole of the college staff are thrilled, and we look forward to building on our many strengths and successes. The college’s scholars benefit from a large site with extensive playing fields and the use of woods and the lake.”

The sale of around one quarter of the foundation’s property and land to Bearwood College was completed on Tuesday, March 27.

The agreement brings an end to a long-standing dispute between the two parties, who have been at loggerheads since 2008 over the terms of a proposed lease.

Elizabeth Langley, chairman of governors, said: “This is a positive outcome after a long period of negotiation, giving Bearwood College a secure future on a unique site.

“This provides an exciting platform for future growth and development of the school.”

The college had leased the building and grounds from the foundation, but since the split of the Royal Merchant Navy School in 1981, no firm contract has ever been in place.

The school premises were guaranteed for the college and the foundation was required to grant a lease. Although a scheme was drawn up, it was never put in place and the two parties fell out.

John Adey, chairman of trustees, said: “The proceeds of this sale will allow the foundation to pursue its charitable objectives of helping with the education of needy British children with Merchant Navy parents.”

Commander Charles Heron-Watson, secretary of the foundation, added: “We are delighted now to be able to look to the future and to extend our charitable footprint to be able to help more children.”