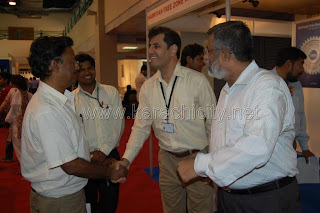 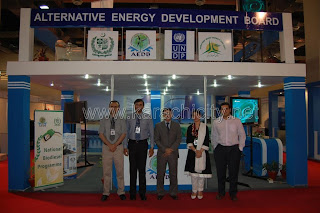 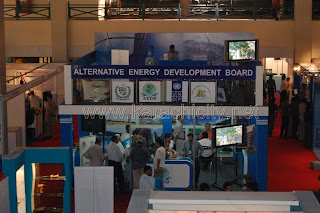 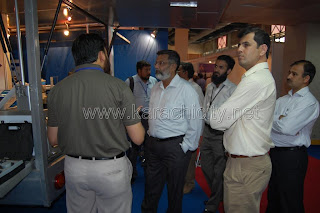 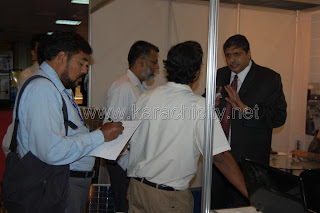 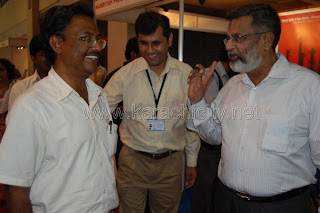 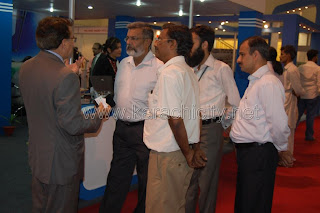 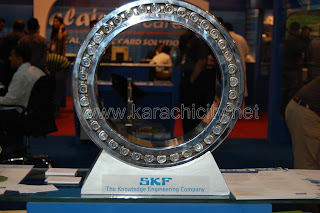 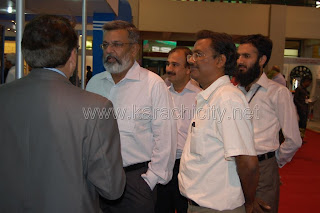 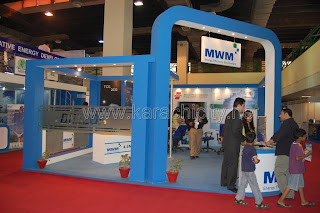 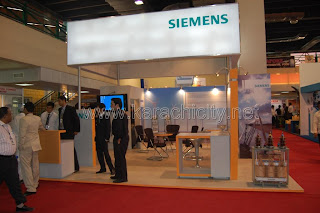 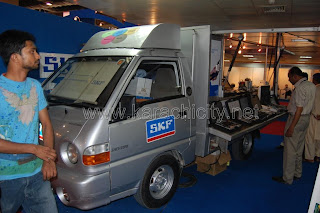 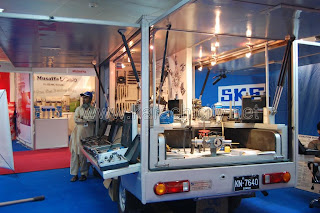 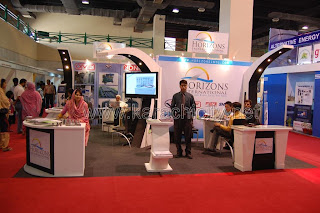 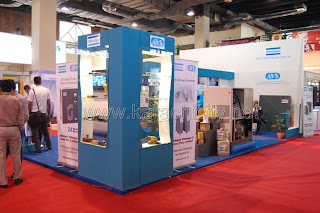 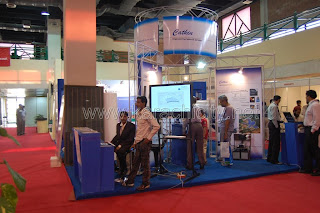 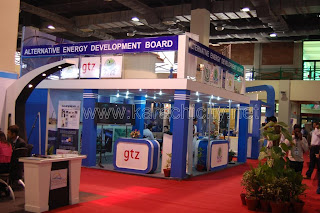 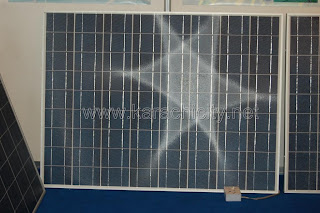 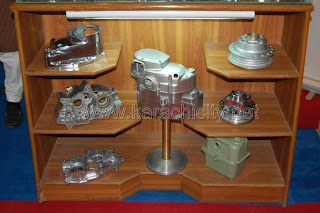 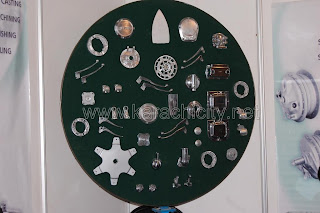 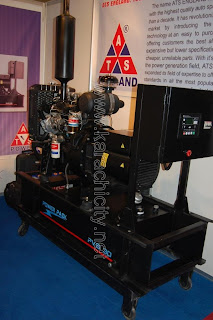 In the recognition of the services rendered to the Business & Industrial community through his hard work, leadership and innovations, beneficial for the community and the country at large, the International Human Rights Great Mission proudly presented “The International Award of Honor” of United Nations under Article 22 Section-1, to Dr. Khursheed Nizam, President, Ecommerce Gateway Pakistan. The Mission is represented by Mr. Zakir Hussain, Addl. Chief Coordinator Committee.

It is worth mentioning that Ecommerce Gateway Pakistan has been in the business of International Event Management for more than 25 years. Under the strong leadership of its President, Ecommerce Gateway is proud to be the ONLY UFI Approved Event Organizing Company of Pakistan (certified by the Global Association of Exhibition Industry, Paris, France). ECG plays a major role by highlighting the particular subjects of national & international interests, in Pakistan. The B2B events that are organized by ECG are of such repute and caliber that play a pivotal role in projecting our country’s image as an aware, moderate & a progressive country, globally, and thereby, draw the attention of international markets and foreign investors to explore the enormous potential and prospects of investment, in our land.

With the sincere sense of professional responsibility and partnership towards the economic development of Pakistan Dr. Khursheed Nizam took Ecommerce Gateway to the heights of commitment and being Pakistan’s No.1 Event Management Company, Ecommerce Gateway is proud to become a sound partner of both government & the leading corporate sectors of Pakistan and plays its role by employing its best resources to facilitate them.

Mr. Owais Ahmed Ghani, Governor NWFP, while sharing his views with the media said that technology is Power and it is essential to educate & aware our new generation about its blessings. Pakistan is richly blessed with natural resources and talented youth to invest on. The government extends its full support to all the local & international sectors in Environmental & Alternative Energy, Power & Engineering, etc, who explore the potential of investing in Pakistan and help grow together.

The Consul General of Indonesia and the Ambassador Indonesian Embassy, in their messages to the media complimented Ecommerce Gateway for its input & efforts in promoting the potential industry and building Pakistan’s image as a progressive & a talented country with greater vision towards growth and development.

The Consul General of a Malaysia on the visit, also expressed great enthusiasm on the endeavor and assured of all the support from Indonesia, in the regard. Malaysia takes it as an opportunity to extend its support & investments for healthy bi-lateral entrepreneurial relations between the two countries. The Trade Commission of Malaysia External Trade Development Corporation (MATRADE) was also present at the occasion.

The Event was also graced by the two high level Iraqi delegations of 27 members as they were recommended specially by the Government of Iraq.

The Exhibition will continue till tomorrow (Monday, March 29, 2010), and will remain opened for the trade visitors till the evening. The purpose of international events & B2B exhibitions is always to not only build up the national image but also sustain the economic growth by inviting the international delegations to witness the enormous potential and growth prospects in our country.

It may be mentioned that ITIF ASIA-2010 is the leading regional event on Alternative and Renewable Energy Development on the regional calendar, organized by AEDB in collaboration with the Ecommerce Gateway Pakistan with the support of national and international organizations both from public/private sectors. The event has been serving as a meeting point for the international, regional and local stakeholders to exchange views and explore possibilities for investment in Pakistan in alternative / renewable energy sector.

Speaking on the occasion, the Minister for Information Technology Sindh, Mr. Mohammad Raza Haroon said that Pakistan ignored its energy sector; as a result, we paid about US$ 12 Billion for its energy imports in the year 2008, – which were 63 % of the total export earnings. In 2009, our oil import bill increased to US $13 Billion. But still, Pakistan continues to experience energy shortages causing Economic losses, exceeding US $ 6 Billion in 2008 alone, which exceeds the financial package of the IMF to Pakistan. And yet today, the minister added, only 63% of our people have grid connected electricity, and 80% of the population is without piped natural gas – forcing these deprived rural poor to inefficient, low quality and expensive fuels. The poor in Pakistan are paying 3-5 times more for their energy supplies compared to those of us living in the urban centers.

He said that, Pakistan has enormous unexploited renewable energy resources – waiting to be harvested. In the hydro Energy sector, Pakistan has a large potential of over 50,000 MW. However, less that 15% of this has been harvested to date. He appreciated that AEDB is facilitating the provinces in this sector, and already 8 projects totaling 110 MW are under implementation in the private sector, and more than 2 dozen projects are in advance stages of preparation in the private sector. He also lauded AEDB for working with AKRSP to install 103 Micro Hydro projects in Chitral and Gilgit Baltistan, of which 60 have already achieved completion in the last year. 63 additional feasibilities are under preparation, which may be provided to the private sector to consider investment. He expressed satisfaction on financial closure for 4 – 50 MW plants adding 200 MW in the national grid in 2011 from the Gharo-Keti Bunder Wind Corridor alone.

In his welcome remarks, Mr. Arif Allauddin, CEO AEDB said that Pakistan has made great strides in improving the image of Pakistan to the international inve0stors and turbine manufacturers. Two years ago, he said, “we were frustrated as the Wind Turbines were not available for Pakistan – today, the manufactures are chasing the investors in Pakistan. Nordix, GE, Sunnec and CWE have signed major MOUs promising setting up the farm and also manufacturing the components locally.” The first farm is expected by the end of the year will contain 15 % locally manufactured parts, he disclosed. In the Solar area, Pakistan offers excellent potential as well, the CEO said. He observed that for some, solar does not compete with other RE technologies such as hydro and wind, but Solar offers advantages that no other technology provides – Solar PV for example brings life to far off, distant dwellers where the electricity is not expected for years. AEDB has taken upon itself to electrify most of the villages which are not expected to get electricity from the grid.

He informed that AEDB is signing an agreement with the telecom companies which will help energize more than 600 telecommunication towers through RE, thereby enabling the companies to provide un-interrupted service to the more part Pakistan.

He also informed that AEDB is aggressively working on waste to energy projects and already 35 MW have come on line this year in this sector. We expect 9 new plants in this sector operational by 2012. But there is still a lot of opportunity as we have waste for about 260 such plants in the country. “Our waste is now our resource,” he added.

Keeping in view the experience of the past, AEDB took more market-oriented approaches, that would respond to local demand and user needs, promote enterprise development for sustained service, and create financing mechanisms independent of continuing donor dependence. The key elements of the approach include expanding and sustaining markets that offer the economic and social benefits most needed.

The paradigm shift that AEDB has brought about has shifted the focus from the technology assessment to market assessment – where we are more interested in what the market can bear, our focus now is on applications, value-added and user – rather than the Equipment supply focus. Under the new paradigm we focus more on the Policy, financing, institutional and social needs and solutions, rather than focusing on Economic Viabilities. Instead of making technical demonstrations, we are more interested in demonstrating business, financing, institutional and social models. Instead of accepting Donor gifts of Equipment, we are more interested in Donors sharing the risk and costs of building sustainable markets and finally we are focusing on experience, results and lessons instead of Plans and intentions.

He said that the mandate of Alternative Energy Policy has been expanded, in consultation with all stake-holders. The policy has been made simpler and non grid AE have been included. The Policy when released in a few weeks time will come with standard EPA and IA, many other documents. Grid Code changes have been accepted and notifications under process, he added.

He told that gathering that the Government has also agreed to offer preferential rate of return to all Alternate Energy Investments – and the new rate is expected to be 17% ROE. Further, NEPRA is expected to announce incentive of up to 1% ROE on the projects that come on early.

Additionally, the government is working with the Asian Development Bank for counter grantees to the Guarantees of Energy Purchaser, in order to bring the comfort to the lender, reduce the perceived country risk and lower the project cost. This will hopefully be available by the 2nd week of April to leading project developers.

The Government has accepted the proposal of creating a Renewable Energy Development Fund for the promotion of the Alternate Energy in Pakistan, which can actually invest and be partners to the private sector.

Special proposals for the 2010 budget, proposing, subsidies, fiscal and financial incentives for off grid products are under active consideration.

He told that AEDB has negotiated special grant assistance from the Donors for the Energy Resource mapping and project development for Baluchistan and Sindh. Similar assistance is already in place for NWFP and Punjab. Once the projects are developed AEDB will utilize the REDSIP funding available to it for financing the viable projects.

He also told that National Award in RE are being proposed. AEDB recognizes all the exhibitors of this event as the pioneers in their field. However, AEDB will be announcing Nation Alternate Energy Awards for the most significant work done. The first award is expected to be made next year.

The AEDB’s achievements are enormous and so is the support extended by all stakeholders. The Events like 4th Power & Alternate Energy Asia have greatly helped in attracting local & foreign investments in the country in the field of alternative & renewable energy while showcasing the continued progress.

Mr. Robert Gibson British Deputy High Commissioner appreciated the Government of Pakistan on putting greater emphasis on Renewable Energy. He said it has set an ambitious target of 10% Renwable Energy or 2700 MW in the Country’s energy mix by 2015.

Dr. Khursheed Nizam, President Ecommerce Gateway on the occasion added that Pakistan like other developing countries is facing a serious challenge of energy deficit. Renewable Energy resources can play an integral role not only in bridging this deficit but also we can take electricity to the un-privileged areas.

It may be mentioned that ITIF ASIA-2010 is the leading regional event on Alternative and Renewable Energy Development on the regional calendar, organized by AEDB in collaboration with the Ecommerce Gateway Pakistan with the support of national and international organizations both from public/private sectors. The event has been serving as a meeting point for the international, regional and local stakeholders to exchange views and explore possibilities for investment in Pakistan in alternative / renewable energy sector.

The Event, like previous years, has attracted large participation from across the world; this year more than 13 countries including China, India, Iran, Iraq, Russia, South Korea, UAE, USA, etc are participating. A high level delegation of 35 businessmen/ entrepreneurs from Iraq is also participating in the Event with the objective of procurement, joint ventures and prospective collaborations.

The Chief Guest visited the stalls, met the domestic & foreign exhibitors and assured fullest support from the Government side. The Event will be continued till 29th April where more than 30,000 trade/ corporate visitors are expected to attend the Exhibition.