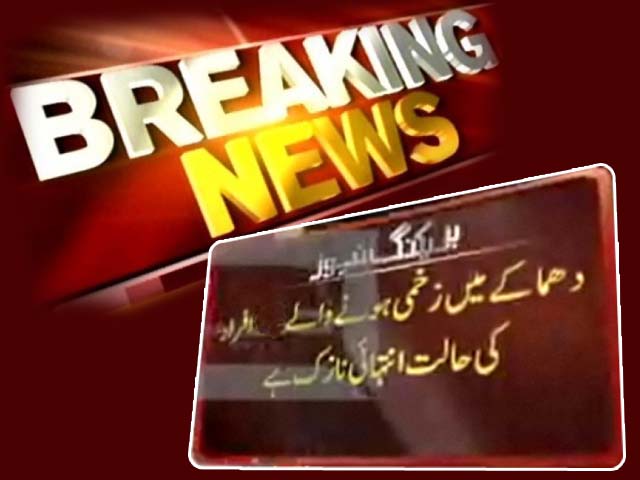 injured in a blast in quetta at kirani road more news updates 26th april 2012 in evening tile at 6:45 pm after blast cover the area security forces

QUETTA: At least one person has died in a blast reported at Karani Road of the city on Thursday.

Crowds gathered at the scene after the blast.

Rescue teams rushed towards the scene and security forces cordoned off the area soon after the blast.

Eyewitnesses told media that the blast occurred when the forces were checking a person. SAMAA