With the presence of a huge industry there has been a void geared in bringing together all these businesses under one roof to showcase not just the latest and upcoming trends, but also as a platform to exhibit and connect directly to the end users, i.e. the public. Bridal Couture Week aims at providing all the stakeholders with an opportunity to showcase, book and engage with their direct customer base, the consumers of Pakistan. Brought to you by the dream team that presented Carnival De Couture 2010 in Lahore: Style 360 and J&S collaborate yet again to bring to you this grand extravaganza. Set in the cultural capital of the country, Lahore; Bridal Couture Week 2010 will run from the 26th to the 28th of November.
The three days will showcase an exhibition area, fashion show runway, and an exuberant media package that will be a treat for viewers, guests, attendees and all the people involved in this endeavor. This event is not just a platform for exhibiting local and international talent and services but a stage that facilitates business relationships. All the different businesses that form the wedding industry of Pakistan are expected to take part in the event. People from all over the country are expected to gather and witness this great fashion event; to have a glimpse at the ethnic contemporary variety of Pakistan.
First Bridal Couture Week from Nov 26
By Shoaib Ahmed
Well, the news from the fashion industry is that Style 360 in collaboration with J&S is staging Pakistan`s first Bridal Couture Week. The aim of this exercise is to bring talent together under one roof to showcase the latest and upcoming trends and provide people a platform to exhibit their creations and connect with the public.

The bridal week will run from November 26 to 28 and the three-day activity will include an exhibition and a fashion show. This fashion gala at the Expo Centre will feature 18 fashion shows by various designers.
Wedding celebrations are traditionally given a great importance in our culture and every segment of society is willing to spend on this occasion. According to the organisers, it will be a one shop event for all wedding dresses and accessories.
The week will feature designer creations for the bride and groom, wedding planners, jewellers, florists and furniture and shoe designers.
* * * * *
Film director and producer Shehzad Rafique who has to his credit films like Salakhain and Mohbattan Sachiyan is now producing Ishq Khuda.
Rafique who has close association with Indian writer and intellectual Gulzar on the literary and film front is one of the serious filmmakers in the Pakistani industry. The subject of his upcoming film is Sufism. The message of Sufis is perhaps the most relevant one when it comes to present day Pakistan, which is riddled with terrorism and sectarianism.
Rafique told this correspondent that a film professing tolerance and peace is need of the hour. “It is high time for us to use the cinema, the most powerful medium in the world that even led to revolutions, sensibly,” he said. He said though the film industry was going through hard times, one should not lose hope and keep trying to come up with qualitative productions for this was the only way to survival, especially in the case of Pakistani films.
The film was the first conscious effort to highlight the fact that tolerance and peace were utmost needs of today`s Pakistan, he said, adding that through such movies soft image of the country would get a boost.
“I am looking for new faces for my film because people are now weary of seeing old faces on silver screen,” the director said and added that he hoped he would find new talent through auditions he was planning to hold next month.
Rafique said he was inspired by the standard of education at the Film and TV Department of the National College of Arts and would seek help from NCA in finding young souls for the film industry.
The music of the film has been composed by Wajahat Atray and it will be the first movie, which would be shot at Soon Sakesar valley.
* * * * * *
Stage comedian Baboo Baral, who has been bedridden for more than two years now, has appealed to people to pray for his health and life and asked the government to sanction a monthly stipend for him. The ailing artist, who is undergoing dialysis nowadays, told this correspondent: “I am fighting all medical complications and it is my request to the government to help me out in these difficult times.”
“I entertained millions and brought smiles to millions of faces, but my own life is nothing but a tale of sorrow,” the artist said with an unexplainable pain in his voice.
“My Dubai-based friends Jafar and Zafar are helping me a lot at this critical time, but I need strong financial assistance from the government,” said Baral.
* * * * * *
The Addams Family Rendezvous, a play written by Tanzila Khan and directed by Aimen Mufti, was staged at Alhamra (Qadhafi Stadium) on Nov 11 and 12. The play was about an obnoxious family living in a wretched house and unaware of their weirdness.
A large number of youngsters from various educational institutions were among the audience. The play was staged by Creative Alley, a platform for all youngsters. “We want our voice to be heard so that all those who think they are good at something can contact us and we can help them come in the limelight,” said play director Ms Khan.
* * * * * *
The Punjab Institute of Language, Art and Culture (PILAC) is holding a Sufi music evening on Nov 25 to remember Sufi poet Khawaja Ghulam Farid.

The institute has decided to hold Sufi evenings to remember Sufi poets. Three to four singers will perform at the evening and Sufi music lovers in large numbers are expected to attend the function. 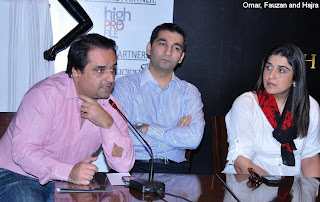 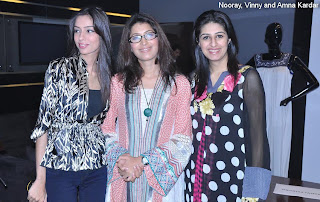 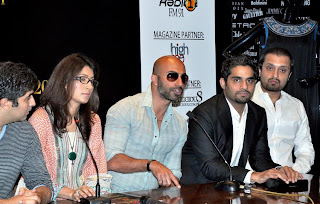 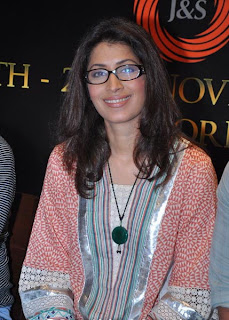 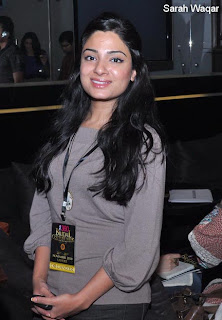 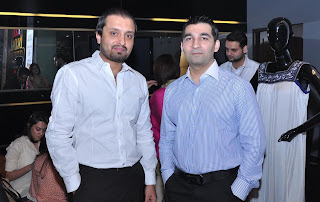 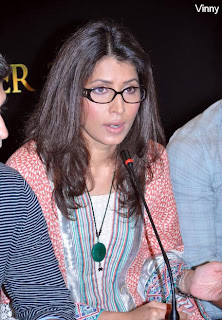 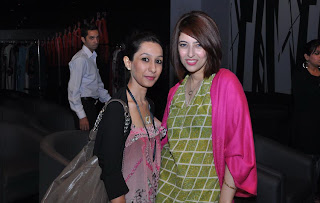 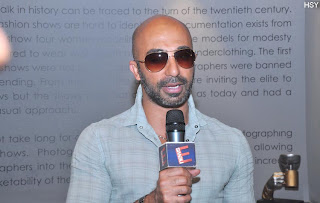 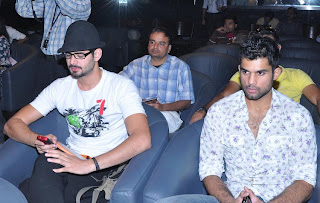 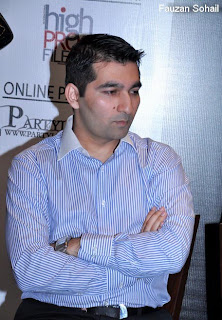 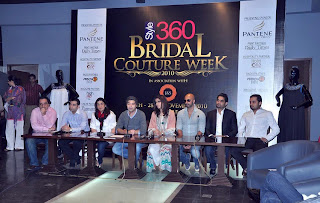 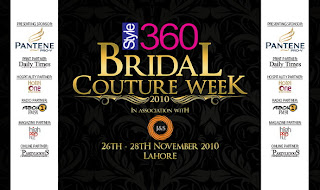 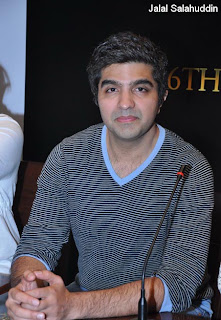 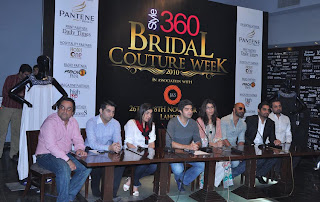 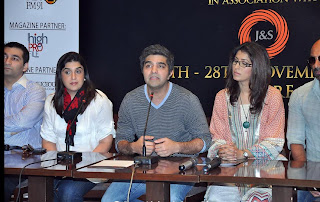 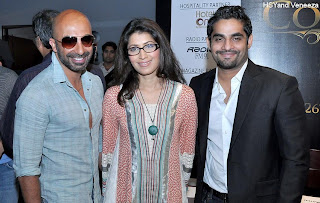 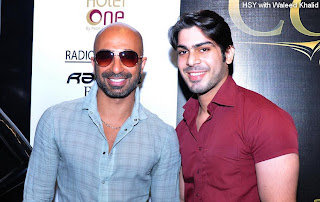 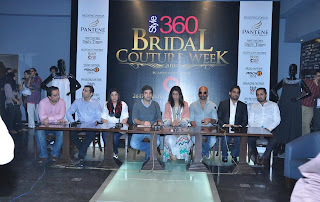 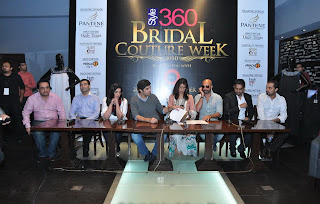 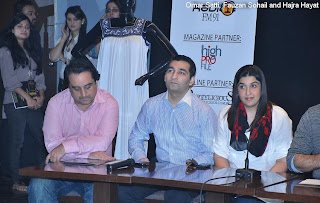 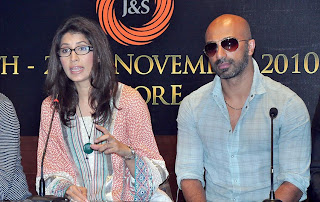 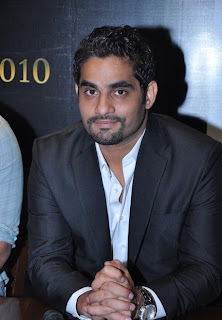 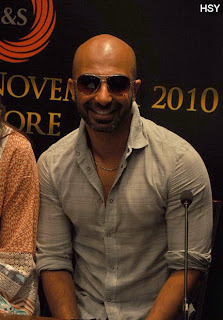 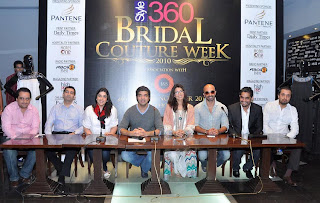 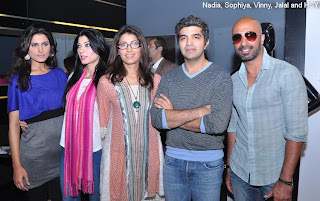 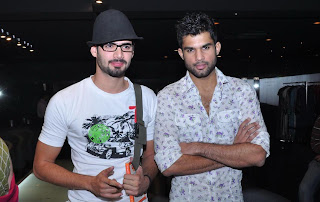 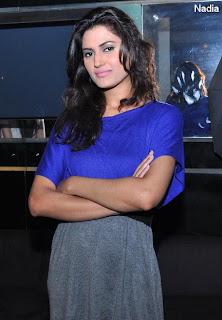 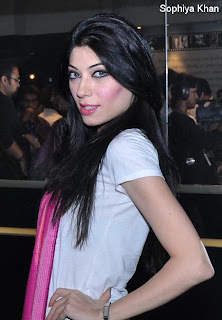 Pakistan’s very first BRIDAL COUTURE WEEK being held in the thriving city of Lahore from November 26 – 28!

Brought to you be Style360 in association with J&S, this three day mega event promises to give you all that you are looking for while planning your dream wedding! With a plethora of Pakistan’s cream of designers as well as international brands on the offering the exhibition and the exclusive fashion shows every day will spoil you for choices!

Keep clicking back to our Facebook fan page as well we the exclusive page that will go live shortly on the website for in-depth news updates, reviews, interviews and lots more as we count down to an exciting three days dedicated to fashion, glamor, style, and making your dreams come true!
For more information on the Bridal Couture Week itself as well as reservations and bookings