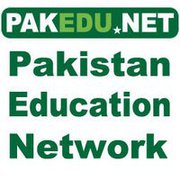 in the Daily Times news paper :British Chevening scholarships awarded to three Pakistanis
KARACHI The British Chevening scholarships were awarded to three Pakistani candidates from Sindh and Balochistan in a ceremony held at the British Deputy High Commission Karachi on Wednesday. The British Deputy High Commissioner in Karachi Francis Campbell awarded the scholarship documents to Salamat Ali, Shahpara Rizvi and Nazia Ali. Funded by the Foreign and Commonwealth Office and administered by the British Council, the Chevening scholarship is a prestigious award that enables talented graduates and bright young professionals from over 150 countries to study in the United Kingdom. Each year the Chevening programme provides around 2,300 new scholarships for postgraduate studies or research at UK institutions of higher education. In Pakistan, scholarships are awarded to Pakistani nationals of high intellectual ability who will play a formative role in Pakistan’s development. The scholarships cover the full cost of study in the UK.Daily Times.